Charlotte is a city in the eastern part of the United States, the largest city in the state of North Carolina. As of 2013, the population of the city was estimated at 792 thousand inhabitants. In total, more than 1.7 million people live in Charlotte together with the suburbs. The dynamics of population growth is high – in 2000 the population of Charlotte was estimated at 540 thousand people. Charlotte’s popular nickname is Queen City. Situated in the heart of the Southeast, Charlotte lies in the Piedmont Plateau, close to the border with Southern Carolina. South Carolina beaches are 3 hours’ drive from Charlotte.

Apart from the Catawba River, which flows west of the city, Charlotte has no other significant water resources. Their absence, as well as the location of the city between the densely populated northeast and southeast, influenced the fact that the air, rail and road infrastructure received great development. Nearly 60% of the US population lives within a 2 hour flight from Charlotte. Charlotte Douglas International Airport is one of the ten busiest airports in the United States. The city is crossed by the national railway line Amtrak, as well as the major highways I-85 and I-77.

Founded in 1769, the city of Charlotte was named after Queen Charlotte, wife of King George III of England. The city was built at the intersection of two ancient trade routes, along which for hundreds of years generations of Indians moved west into the mountains and to the coastal plains to the east. Today these paths are known as Trade and Tryon streets. The intersection of these streets is considered the center of Charlotte and divides the city into 4 administrative districts. Next to the central intersection is the 60-story, 265-meter high Bank of America Corporate Center, the tallest building in North Carolina. The building houses the headquarters of Bank of America, the largest bank in the United States.

Today Charlotte is the second largest financial center in the country after New York. In addition to the city-based Bank of America Charlotte, there are many other financial institutions. Many of them are located in skyscrapers in the central part of the city – uptown. Unlike most large cities in America, in Charlotte, Uptown and Downtown refer to the same CBD. In Charlotte’s case, uptown and downtown are synonymous, which can be confusing.

Museums, hotels, sports arenas, restaurants and cafes are largely concentrated in the downtown area of ​​Charlotte. It is also a place of work for 70,000 citizens. In total, more than 25 million visitors from other cities visit Uptown Charlotte every year. Many of them are attracted by the vibrant nightlife. In addition to 120 restaurants and 50 sports bars, downtown Charlotte has a wide variety of clubs, pubs and cafes.

Currently, Charlotte is home to 2 professional clubs of the leading sports leagues. The Carolina Panthers American football team plays at Bank of America Stadium, while the Charlotte Bobcats basketball team plays at the Time Warner Cable Arena. Both sports facilities are located in downtown Charlotte.

20 km northeast of downtown Charlotte in the suburb of Concord is the Charlotte Motor Speedway, which hosts many prestigious car races and events every year. Charlotte Motor Speedway is considered one of the most popular motor racing circuits in the country, hosting more than 380 events a year. Highlights include several races hosted by NASCAR, the national automotive association for production cars. Thus, Charlotte is a major center for motor sports, and one of the city’s popular attractions is the NASCAR Hall of Fame. Competitions under the auspices of NASCAR are extremely popular in the United States and not very popular in Russia. However, the Hall of Fame is a huge and truly ultra-modern interactive complex that is definitely worth a visit. It is also located in the heart of Charlotte, opposite the exhibition halls of the Charlotte Convention Center.

WE ALL NEED STRETCHING

WHAT TIME OF THE DAY IS BEST TO ENGAGE IN SPORTS? 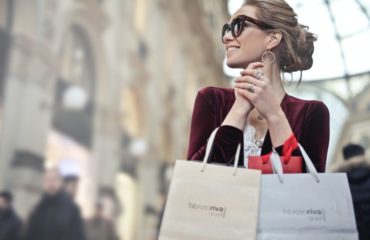 RULES OF CREATING A PERSONAL BRAND