The Grand Canyon (Grand Canyon) is the most famous landmark in Arizona and one of the most popular attractions in the United States.

Located in the north of the state, the Grand Canyon is a huge ramified gorge with an extremely difficult, unusual and scenic landscape. The rock layers that form the canyon walls are well preserved and illustrate the geological history of the North American continent.

The Grand Canyon is formed by the Colorado River, over an extremely long period of time (according to modern estimates – from five to six million years), gradually eroding the Colorado Plateau. The water cut its way through relatively soft rocks (limestone, sandstone and shale), gradually reaching hard granite. And today, the streams of water carrying sand and stones at the bottom of the Grand Canyon continue to deepen the most famous canyon in the world, creating amazing stone structures in the process.

In the Grand Canyon, several streams flow into the Colorado River, forming numerous rapids and waterfalls. The most famous and popular among tourists are the picturesque waterfalls of Havasu Falls, Deer Creek Falls and Mooney Falls.

The Grand Canyon is so huge that even the weather, flora and fauna in it depend on the depth. It is hot at the bottom of the canyon; cacti and other desert vegetation grow here. As you climb, you can see deciduous trees, even higher – conifers. Almost a hundred species of animals, more than three hundred and seventy species of birds, about seventy species of fish, reptiles and amphibians live in the Grand Canyon.

The first Europeans to see the Grand Canyon in 1540 were members of the expedition of the Spanish conquistador Francisco de Coronado. Over the next three centuries, several more Spanish pioneers and missionaries visited the region. Americans came to the Grand Canyon area only at the beginning of the 19th century, it is believed that the first of them was the hunter James Patti in 1826. Twenty years later, an expedition of Mormons from Utah came to the Grand Canyon led by Jacob Hamblin, who managed to establish good relations with the Indians living in the region. At the end of the fifties of the last century, the region was explored by several more expeditions, in 1869 Major John Wesley Powell with nine companions became the first American who managed to raft down the Colorado River through the Grand Canyon.

In 1871-72, Powell returned with a research mission to the region, and in preparing this trip (as well as for negotiations with local Indian tribes), he used the help of Jacob Hamblin. The expeditions of John Powell (who later became director of the US Geological Survey) resulted in the appearance of the first maps (as well as descriptions and photographs) of the region. It was Powell who gave the huge gorge the now commonly used name “Grand Canyon”. Back in 1882, the future twenty-third President of the United States, Benjamin Garrison, who was then a member of the US Senate from Indiana, put forward a bill to give the Grand Canyon the status of a national park. Already as President of the United States, Benjamin Garrison created the Grand Canyon Sanctuary in 1893. The 26th President of the United States, Theodore Roosevelt, who visited it in 1903, admired the Grand Canyon. On the initiative of Theodore Roosevelt in 1908, the Grand Canyon received the status of a US National Monument.

A helicopter tour to the Grand Canyon is one of the popular services offered to clients of hotels and casinos located in neighboring Nevada Las Vegas. Among extreme tourists, rafting in the Grand Canyon is popular, that is, descent along the Colorado River on inflatable boats.

One of the most famous tourist spots in the Grand Canyon is the Grand Canyon Skywalk, a unique observation deck with a transparent floor overhanging an abyss. The platform has the shape of the letter “U”, the width of the bridge is about three meters, the floor and enclosing walls of the platform are made of special laminated glass. 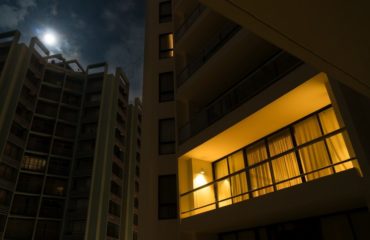 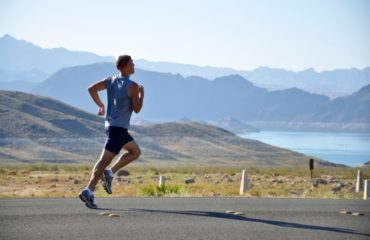 HOW SPORT IS RELATED TO ANXIETY REDUCTION