WHERE TO INVEST IN 2022: TIPS FROM GOLDMAN SACHS

The situation in 2022 will be different from what investors have become accustomed to over the past two years, warns Goldman Sachs in its forecast for the US stock market next year. The main change is the beginning of the cycle of raising rates in the United States. But we should not wait for the end of the “bull” market.

According to the baseline scenario, the S&P 500 will increase by only 9% in 2022, to 5,100 points, including dividends – by 10%. For comparison, since the beginning of this year the index has grown by 27%, and since March 2020 – twice. The slowdown in economic growth, the strengthening of Fed policy and the growth of real rates are factors in favor of the fact that investors should not expect the same rapid growth.

The main driver of market growth will be the increase in corporate profits (they are responsible for all growth in 2021), while Goldman Sachs analysts are more optimistic than their counterparts from other banks, which consider shares separately (see table below). Companies are steadily increasing their profitability despite rising costs and supply chain disruptions, and will continue to do so until 2023 with leverage, pricing power, reduced automation and digitization costs, and a large share of high-tech companies in the S&P 500.

In 2023, Goldman expects new corporate tax rates to take effect, which will reduce the average earnings per share (EPS) of companies in the S&P 500 by 2-3% of what it could be. Together with an even slower economic growth and a worsening labor market situation, this will lead to lower profitability.

According to the forecast, the Fed will complete asset repurchase programs in June next year, and in July will raise the rate by 25 basis points (bp). The second increase with the same step will take place in the fourth quarter. Then the Fed will continue to raise rates twice a year by 25 bp. Historical experience has shown that in the last five cycles of rate increases, the assessment of markets for profit / price in the coming year has remained unchanged for six months before and after the first increase.

The main source of demand for stocks in 2022 will be corporations: due to buybacks net inflow of their free money in stocks will increase from $ 300 billion to $ 350 billion, but net inflow of households due to slowing economic growth and slow unemployment will fall from $ 600 billion to $ 200 billion.

Buy stocks of companies affected by the pandemic and inflation. According to the bank’s forecast, US GDP growth will accelerate to an average of 4.5% in the fourth quarter of 2021 and the first quarter of 2022 before slowing in the second half of next year. An increase in the number of people vaccinated and the development of new drugs against coronavirus will help further recovery after a pandemic. Judging by the prices of transportation and the latest comments from company representatives, the situation with supply chains has stopped deteriorating.

All this in the short term should contribute to the growth of shares of cyclical companies, including those that benefit from the opening of the economy, and have previously faced rising production costs. Goldman Sachs is already highlighting some signs of market rotation. In particular, stocks of Chinese-linked companies in the consumer and chemical corporations have already begun to outpace the S&P 500. This trend will continue with growing investor confidence in reducing these risks.

Wages in the United States are projected to continue to rise above 4% over the next few years due to high labor demand and limited supply. High profitability and the dominance of high-capitalized companies make them less vulnerable to wage growth, analysts say.

Among the fast-growing companies, choose profitable ones. “Quality” companies with high return on capital, strong balance sheet and stable profit growth still looked better than the market in terms of rising rates – for example, it was from mid-2014 to 2016 and from 2017 to mid-2019 .

One of the main topics for investors and directors now is the trade-off between profit and profitability. In 2022, with rising rates, it will become even more relevant. Today, markets are rated roughly the same by fast-growing companies with varying profitability.

But investors should consider the sensitivity of stocks to changes in interest rates. Thus, growth stocks, the valuation of which is largely determined by future cash flows, are more susceptible to rising rates if the company is unprofitable or low-profit. Shares of Peloton fell 45% after the deterioration of sales forecasts for 2022, according to Goldman analysts. 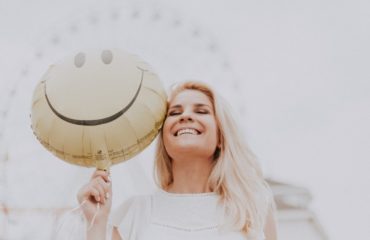 WHERE TO RELAX IN THE USA?