Last year, the total number of vegans worldwide reached approximately 79 million. This is a lot, agree. However, some may reconside “It either needs to be supplemented or consumed with fortified foods, like fortified nut milk,” she says. “These plant-based foods are also often fortified with calcium, which is difficult to fully obtain from an all-plant diet.”

r their diet, because as it became clear from a recent statement by scientist Ian Givens, women who do not eat enough meat and dairy products put their health at serious risk.

In a statement, Ian Givens, professor of food and nutrition at the University of Reading, said women are more at risk of iron, magnesium, iodine, calcium and zinc deficiencies than men. Half of women aged 11 to 18 consume less than the minimum recommended intake of magnesium and iron, while women in the 19 to 64 age group are at even greater risk: 27% of them consume less iron than they need.

While many are turning to veganism and vegetarianism as a sign of concern for the environment, Givens has good arguments to explain why the decision to abandon all meat and dairy products is fraught with consequences, which include not only a decrease in the carbon footprint, but also a significant reduction in the amount of nutrients in the diet. Deficiencies in key nutrients can dramatically affect bone health, especially during menopause, as well as energy levels, a healthy weight, mental health, and can even lead to hair loss. Simply put, it is important to get the full range of nutrients in sufficient quantities.

It’s no secret that if you’re a vegetarian or vegan (whatever the reason), it’s harder for you to get all the nutrients you need. However, nutritionist Eva Kalinik does not consider it necessary to eat meat and dairy products if you do not want to. “You just need to meticulously plan your meals to meet all the needs of the body,” says Kalinik. “Supplementation may be required if you are following an all plant based diet.” Among the nutrients that are usually deficient in a plant-based diet are vitamin B12, iron, selenium, zinc, calcium, omega-3s, and sometimes protein. Eating as complete a diet as possible helps avoid deficiencies, Kalinick says.

Conversely, consuming large amounts of meat and dairy products without sufficient plant foods in the diet has its drawbacks. “There is a huge difference between ultra-processed meats and dairy products and high-quality grass-fed, free-range organic meats,” Kalinick says. “In addition, processed cheeses and sweet yogurts are very different from traditional cheeses and live yogurts, rich in fat-soluble vitamins, calcium, protein, and a natural source of beneficial microbes for gut health.”

The main thing, of course, is balance, and the understanding that quality is more important than quantity. “I think the phrase ‘eat better, eat less’ explains everything,” says Kalinick, who recommends choosing organic meat and organic full-fat dairy (locally produced if possible) to get the full range of these foods’ nutrients. She also recommends eating a predominantly plant-based or vegetarian diet at least two days a week to make sure you get enough of a variety of nutrients and do your part to help protect the environment, while also cutting down on personal spending on meat.

“Everyone has different needs, but a balanced diet might include one to two servings of organic red meat per week, one to two servings of poultry or pork, and two to three servings of fish (two of which should be fatty). At the same time, two days a week should be vegetarian or completely plant-based. As for dairy products, the daily allowance is 100 g of natural yoghurt and/or 50 g of cheese.”

Convinced vegans are advised by a nutritionist to carefully plan their diet for the week. Include plenty of grains and legumes (which she says should be soaked and rinsed to reach their full nutritional potential). Also make sure you get enough vitamin B12. “It either needs to be supplemented or consumed with fortified foods, like fortified nut milk,” she says. “These plant-based foods are also often fortified with calcium, which is difficult to fully obtain from an all-plant diet.” 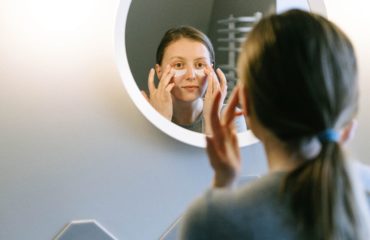 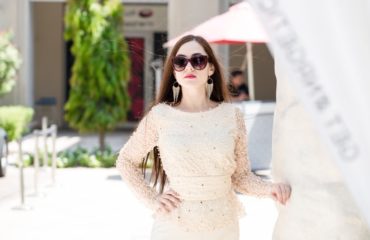