The beauty industry is developing very rapidly and sometimes unpredictably. Today, the role of the main trendsetters is not cosmetic companies, but the consumer himself. Manufacturers have to adapt to requests and respond to lifestyle changes, among which an important place is occupied by the global pandemic, and online expansion, and the erasure of gender differences. To keep your hand on the pulse, we offer a current selection of cosmetic trends next year from the founder of the AVD platform, an expert on women’s beauty.

Neuroproteins – injectable drugs with a broad spectrum of action. Youth of look, elasticity of skin, absence of wrinkles, accurate contour of the face, magnificent hair, natural volume of lips, the rested look – all these tasks are effectively solved by means of neuroproteins. They also work well to lighten and even out complexion, so they are effective for the treatment of rosacea (resistant areas of redness on the skin) and rosacea (dilation of small blood vessels). In addition, neuroproteins increase the production of collagen and elastin for skin elasticity, as well as slow down the aging of the bone base, which occurs closer to fifty.

At this age decrease in volume of a skull together with loss of elasticity of skin leads to that soft fabrics gradually slide downwards, provoking a gravitational ptosis. And it is neuroproteins that are a tool that effectively inhibits aging at all levels: at the level of muscle aging, at the level of folds and wrinkles, as well as bone resorption.

First of all, patients are increasingly asked to form a “happy face”. If earlier this technique was rather an exception to the rule, during the pandemic it found its target consumer. Many people suffering from post-mortem syndrome and depression have consulted a cosmetologist in the hope of making their face more pleasant and joyful. Neuroproteins cope with such problems as a gloomy look, tense eyebrows, lowered eyebrows and corners of the mouth, a general touch of fatigue. In addition, they allow you to pay attention to the corners of the mouth and eyes, the tips of the eyebrows – that is, the smallest details, which are often the culprits of gloomy facial expressions.

When people started taking selfies from a certain angle, a trend for Jolie’s corners appeared on Instagram. This caused a demand for contouring of the corners of the lower jaw.

Zoom, in turn, inadvertently launched another trend – the fashion for a defined line of the lower jaw, a tighter neck and chin line (so-called “Joline”), the lack of fat bags and circles under the eyes, thin nose and narrow nostrils. People began to see themselves differently than they used to, namely through the display on the screen. There was even a pandemic neologism Zoom-face face, which looks spectacular on the front camera of your gadget.

Fillers, lipolytics and neuroproteins in the lower part of the face, the combination of these three techniques allows you to achieve amazing results. In particular, “Nefertiti lifting”, ie lifting the neck and face with injections of neuroproteins, has become more popular than ever. And not only women but also men took care of their faces, looking for solutions in aesthetic medicine. According to research, their demand for contouring in 2020 has grown by a record 400%.

Back in the mid-1980s. everyone admired the so-called beauty mask, designed by American plastic surgeon Stephen McWardt. It was about perfectly correct facial features with proportions close to the golden ratio.

These times of worship of the ideal are forgotten, and since then the beauty of the face has acquired completely different priorities. With the help of synthetic tests using photos of different men and women, a different formula for attractiveness was derived: from now on, the face “from the cover” must have some features of the opposite sex. And this is logical, because the hormonal system of any person in different proportions includes both female and male sex hormones.

Sigmund Freud wrote about this 100 years ago, claiming that each of us is bisexual by nature.

So today, facial correction is always adding some features of the opposite sex and strengthening some gender. Girls, for example, undergo contouring of the corners of the lower jaw to add a little courage and expressiveness (hence the transition from “Jolie’s corners” to “Texas jaw”). For men, the lower lip is softened to reduce masculinity. If we talk about people over forty, then we will emphasize the lips of women on the male type, and the stronger sex – to strengthen the middle third of the face on the female.

Trend 3. The magic of revitalization

Revitalizants, or biorevitalizants, are complex preparations for point injections. Usually hyaluronic acid with various excipients is a part. Traditionally, the (bio) revitalization procedure was performed on the face, neck and décolleté area. However, today it is increasingly used for the inner thighs and forearms, lower abdomen to stimulate collagen production, hydration, increase the elasticity and density of the dermis.

Of course, for these areas (bio) revitalizers are used in slightly different concentrations than for the face. Since the skin of the body and face is formed from different embryonic petals, the drugs are functionally different. As well as the requirements for the hyaluronic acid in their composition. All this has led to the emergence of advanced developments such as vacuum compression technology, low temperature treatment, etc. They are able to give hyaluronic acid certain qualities that allow (bio) revitalizant to stimulate fibroblasts in different parts of the body. 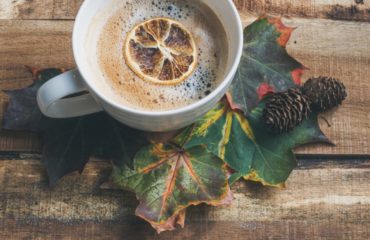 TEAS, OILS, SUPPLEMENTS: EVERYTHING YOU NEED FOR COMPLETE RELAXATION 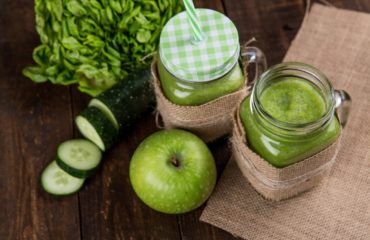 IMPORTANT DETOX TIPS FOR ALL TIMES