Phoenix is ​​the capital of the state of Arizona and is located in its southern part, it was founded in 1881 on the site of a settlement abandoned by the Indians. Before that, for more than a thousand years, tribes of the Hohokam Indians lived on the territory of the modern city, who turned the once deserted and lifeless territory into a fabulously beautiful oasis. They built irrigation canals, unique for those times, which made it possible to irrigate large-scale fields. Over time, climatic conditions have changed significantly; even a developed irrigation system could not save these places from drought. The Indians were forced to leave their home, for several hundred years the settlement was in desolation. The founder of the modern city is the famous military leader Jack Swilling, who arrived in these places in 1867 and founded a farm on the site of an abandoned Indian settlement. It is noteworthy that for irrigation he used an irrigation system designed by the aborigines, some of the canals of which continue to function today. Gradually, new settlements began to appear around the farm, and already in 1868 a post office was opened – an integral attribute of all American cities of the 19th century.

One of the main historical symbols of Phoenix is ​​the Arizona State Capitol. This austere building with tall columns and a miniature copy of the Statue of Liberty on the roof has long belonged to government organizations, and is currently being converted into a museum. The Capitol is considered one of the most striking architectural monuments in the country, made in the neoclassical style. During the construction, the local tuff served as the main building material; in part, it is precisely to its decorative properties that the building owes its spectacular appearance.

The most visited cultural institution in the city is the Heard Museum. Its exposition is dedicated to the culture and traditions of the Indians who inhabited these places from early times. The collection of the museum is priceless, it includes collections of cult objects and household items, and one of the most significant is the collection of Hopi Kachina dolls. Travelers interested in ancient history should definitely visit the Pueblo Grande Archaeological Park.

It was here that hundreds of years ago there was a large settlement of the Hohokam Indians, who were forced to leave their home due to the continuing drought. Anyone can walk along the streets of an ancient Indian settlement and see interesting structures of the aborigines; it is also worth noting that there is a very interesting archaeological museum on the territory of the park. Taking a look at the city’s outstanding cultural institutions, the Phoenix Art Museum is definitely worth mentioning. It houses an extensive collection of paintings, including works by prominent American, Latin American and Asian painters, the number of exhibits in the museum exceeds 16,000.

A very interesting institution worth visiting for the whole family is the Arizona Science Center. It has become a permanent venue for the most interesting exhibitions and cultural events; the magnificent Botanical Garden is located in the center. The basis of his collection is made up of typical representatives of the desert area of ​​the state; earlier, some plants were valued by the aborigines for their weight in gold and literally helped the nomads to survive in the desert. Travelers who are not indifferent to oriental culture should definitely visit the Ro Ho En Japanese Garden. Every day beautiful tea ceremonies are held here; the garden is distinguished by its luxurious decoration in the national style of the land of the rising sun.

Fans of exciting rides should definitely check out the Castles N ‘Coasters amusement park. It has excellent carousels and playgrounds for the youngest guests, extreme attractions for the most daring visitors and very beautiful recreation areas with fountains and benches. The park is divided into several thematic zones and is distinguished by a spectacular design; an indoor pavilion with slot machines is also available to its visitors.

A pleasant surprise awaits bowling fans alike; the Lucky Strike Lanes & Lounge is very popular among city guests and locals. Here you can have a great time with a big company, enjoy your favorite game and relax in a cozy bar. In addition to bowling, many other entertainments are available to visitors, including billiards and various slot machines.

For tourists with young children, the Enchanted Island Park is an ideal holiday destination. On its territory, there are many different attractions, a significant part of which is aimed at the youngest visitors. The park provides a full range of amenities, including recreation areas and a cozy cafe, so you can comfortably relax in it all day.

Those who prefer watching their favorite movies in the evening should pay attention to the modern AMC Desert Ridge 18 cinema. It is one of the most visited in the city and is located next to popular restaurants and bars. One of the most unusual entertainment complexes is Xtreme Pursuit Paintball, as you might guess from the name, it is focused on paintball fans. They have at their disposal a pavilion of impressive size, excellent equipment, as well as all the necessary accessories for the game. 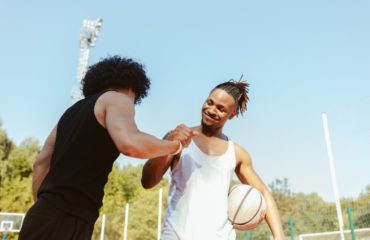 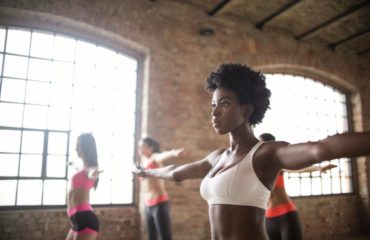